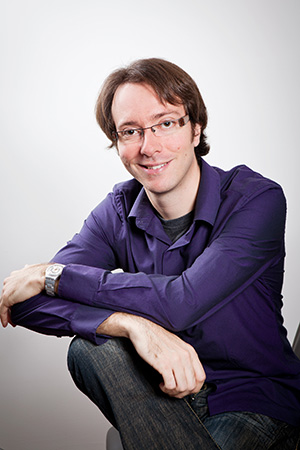 Freelance director, creative and dreamer, technical guru and lover of the 7th art, Olivier Chagnon is an expert in video production and commercials.

A Passion for the 7th Art
At a young age, Olivier Chagnon was interested at the cinema business. Cinema is his passion since that time.


His interest for visual arts and writings appeared at around the age of 10, mainly due to his idol; Mr. Steven Spielberg.


The technical and creative side of cinema were elements that interested him at the beginning of his career. This passion was developed with the directing of short films at the age 14, and a first feature-length film at 15 years old.

His idea was made: to pursue a career in cinema.

He decided then to acquire better skills by registering at the St-Laurent College, with a major in Cinema. But even before the beginning of the semester, he decided to expand his knowledge in regards to the techniques of cinema and starts doing personal research to be able to master all the technical aspect of cinema.


To be able to complete the necessary portfolio for admission at the College, he directed another short film and won the “Best Short Film Award” from the optional Visual Arts class at Mont-Bruno High School in 2000.


While being able to learn his trade at the College, his education also permitted him to make contacts in the film business of Quebec, which finally leads him to create his own video production company in 2007: Cinetix Films Inc.


Since then, he has produced a multitude of videos: corporate videos, commercials, wedding videos, music videoclips and special events. He has also produced Web commercials and educational videos.


His desire to pursue a career as a film director, lead him to write, direct and produce the film Kung-Fu Express in 2007 with a budget of less than $25,000.
But it is in 2008 that his career takes a 90 degree turn; he meets Marcel Maroist, author, host and producer of TV shows, workout DVDs and films.

Since August 2008, he works closely with Mr. Maroist who is eastablished in Los Angeles, to contribute to the directing of different projects such as: workout DVDs with Hollywood stars, TV shows for diffusion in Quebec and overseas and also different films with medium to high budgets.


Olivier has since then completed a B.F.A. degree in Cinema at the Mel Hoppenheim School of Cinema, Concordia University, in Montreal. His desire for a better cultural and historical background in cinema, while being able to appreciate the theory being filmmaking, has pushed him back in the school bench while managing his business and making videoshoots at the same time.

His business expended into a full-house photos and video production. He considers himself lucky to have a team of professionals working with him at the company. The whole team has a passion for visual arts and delivers the best work for the clients. 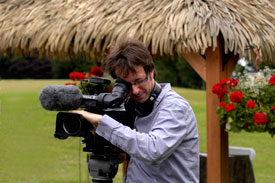 My Job
Cinematography
Achieving the perfect look for ever shot is what I'm looking for. As a fan of photography, I tend to think about the framing, composition and overall look of a shot, while making a video or a film.

Directing
I see the director's job as being the storyteller, holding all the aspects of the film, to entertain the audience. This key role is what I like to do, and want to do as a full time job. The director is like the magnet responsible for the quality of a film. I keep this in my mind and try to have the best quality out of any production.

Some examples of my work 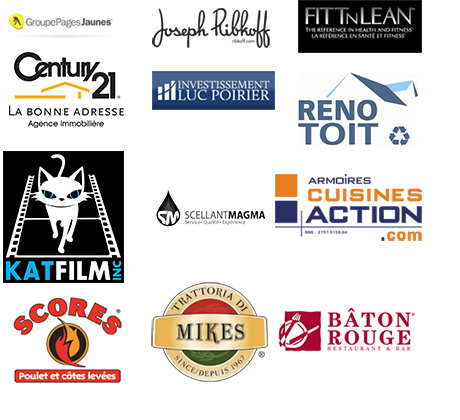 Cinetix Productions will be at booth 731 at the Grand Salon Marions-nous on January 5th and 6th, 2013.
Come and visit us, it will be a pleasure to welcome you!

Fixed-price packages for the corporations. Corporate videos, commercials, events, promotions, etc.
From a half-day shoot with 1 cameraman, to a full-day shoot with a complete crew.
Contact us for the prices!

There is a new image for Cinetix Productions: a new web design.
To mark the 5th anniversary of the incoporation of Cinetix Films Inc., CinetixProductions.com has now a new modern look with an easier navigation.